It might help them figure out how to lie effectively Talwar and Lee And theory of mind skills aren't the only factor. There is also evidence that inhibitory control plays a role in the emergence of lying. As noted above, inhibitory control is what we use to override our automatic, knee-jerk impulses.

It also helps us filter out irrelevant information, and stay focused on our goals. Such abilities could clearly help the would-be liar. To maintain a lie, children need to monitor their own behavior -- make sure that they keep their stories straight, and avoid letting the truth leak out by accident. That's what researchers found in a couple of "don't peek" studies:. Young children with superior inhibitory control were more likely to lie, even after controlling for their chronological age Talwar and Lee ; Evans and Lee ; Leduc et al So this research leave us with a strong impression about the emergence of lying in young children.

It seems to follow naturally after kids develop the necessary cognitive prerequisites. And that makes sense; it's like the development of other abilities. 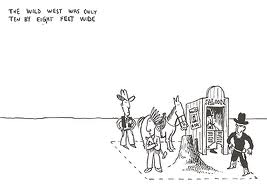 Children reach new milestones — discover new powers — and immediately explore them. After all, the incentives to deceive already exist: Children perceive that they can avoid trouble through deception. They discover they can manipulate people to get what they want.

It only remains for them to test the system. Should we be disheartened by these findings? Disturbed that the development of cognitive maturity goes hand-in-hand with the development of lying? This is what growing minds do when they discover new powers. Babies delight in dropping objects from their high chairs once they develop the necessary physical coordination. They observe the effects of gravity, and test our responses.

And it's the same in another way: Children don't suddenly become competent, whether you're talking about physical skills or mental ones. When young children begin to lie, their lies are often unconvincing. We can observe this in the "don't peek" experiments among the toddlers who lie. They usually undermine their own credibility. To maintain a consistent story -- that they didn't peek -- they should pretend that they don't know the identity of the toy. When asked to guess, they should either insist they have no idea, or deliberately provide an incorrect answer.

But that's not what they do. That sort of giveaway is called "semantic leakage," and it probably reflects poor inhibitory control, imperfect theory of mind, or both. As children develop better cognitive skills, they experience less semantic leakage. But there are growing pains, as exhibited by this 5-year-old's response. I touched it and it felt purple. Does this mean your child can't fool you? I'm afraid not.

Researchers have documented many cases during "don't peek" experiments where particularly savvy children performed perfectly. When the researchers played back video recordings to adults who didn't know the truth, these observers were unable to tell that the children had lied. But once again, we shouldn't view this as disturbing or sinister. They are simply exploring the power of their well-developed psychological abilities. It's natural and understandable that young children experiment with lying.

But that doesn't mean we should ignore it. As I'll note in an upcoming article, there's a lot that adults can do to foster honesty in children. When children make difficult confessions, we should praise them for their honest dealings Lee et al ; Ma et al We should show kids that we value honesty by modeling it ourselves, because experiments confirm what you may have already suspected: Children are more likely to lie if they've seen adults do the same Hays and Carver And, as I explain in another article, experiments also demonstrate that our approach to discipline matters.

When adults try to control children through threats and punishments, children are more likely to lie Talwar and Lee Perhaps this contributes to the age-trend observed in the "don't peek" experiments: Older kids might lie more often because they have more reason to think that they'll be punished for peeking. Finally, we should acknowledge that we don't always want our children to speak the unvarnished truth. Studies show that even young children can understand the function of such lies of politeness Talwar and Crossman Read more about that here.

J Exp Child Psychol. There may also be a benefit to us. We were all lied to as kids, and some of the lies we were told still affect us. So by studying the ways adults lie to kids, we may be able to clear our heads of lies we were told. I'm using the word "lie" in a very general sense: not just overt falsehoods, but also all the more subtle ways we mislead kids. Though "lie" has negative connotations, I don't mean to suggest we should never do this—just that we should pay attention when we do.

All adults know what their culture lies to kids about: they're the questions you answer "Ask your parents.

But if a kid asks you "Is there a God? The biggest disagreements are between parents and schools, but even those are small. Schools are careful what they say about controversial topics, and if they do contradict what parents want their kids to believe, parents either pressure the school into keeping quiet or move their kids to a new school. The conspiracy is so thorough that most kids who discover it do so only by discovering internal contradictions in what they're told.

It can be traumatic for the ones who wake up during the operation.

Here's what happened to Einstein: Through the reading of popular scientific books I soon reached the conviction that much in the stories of the Bible could not be true. The consequence was a positively fanatic freethinking coupled with the impression that youth is intentionally being deceived by the state through lies: it was a crushing impression. By 15 I was convinced the world was corrupt from end to end.


That's why movies like The Matrix have such resonance. Every kid grows up in a fake world. In a way it would be easier if the forces behind it were as clearly differentiated as a bunch of evil machines, and one could make a clean break just by taking a pill. Protection If you ask adults why they lie to kids, the most common reason they give is to protect them. And kids do need protecting. The environment you want to create for a newborn child will be quite unlike the streets of a big city.

That seems so obvious it seems wrong to call it a lie. It's certainly not a bad lie to tell, to give a baby the impression the world is quiet and warm and safe. But this harmless type of lie can turn sour if left unexamined. Imagine if you tried to keep someone in as protected an environment as a newborn till age To mislead someone so grossly about the world would seem not protection but abuse.

That's an extreme example, of course; when parents do that sort of thing it becomes national news. But you see the same problem on a smaller scale in the malaise teenagers feel in suburbia. The main purpose of suburbia is to provide a protected environment for children to grow up in. And it seems great for 10 year olds.

I liked living in suburbia when I was I didn't notice how sterile it was. My whole world was no bigger than a few friends' houses I bicycled to and some woods I ran around in. On a log scale I was midway between crib and globe. A suburban street was just the right size. But as I grew older, suburbia started to feel suffocatingly fake. Life can be pretty good at 10 or 20, but it's often frustrating at This is too big a problem to solve here, but certainly one reason life sucks at 15 is that kids are trapped in a world designed for 10 year olds.

What do parents hope to protect their children from by raising them in suburbia? A friend who moved out of Manhattan said merely that her 3 year old daughter "saw too much. I think it's the anger that would worry me most if I had a 3 year old. I was 29 when I moved to New York and I was surprised even then. I wouldn't want a 3 year old to see some of the disputes I saw. It would be too frightening. A lot of the things adults conceal from smaller children, they conceal because they'd be frightening, not because they want to conceal the existence of such things.

Misleading the child is just a byproduct. This seems one of the most justifiable types of lying adults do to kids. But because the lies are indirect we don't keep a very strict accounting of them. Parents know they've concealed the facts about sex, and many at some point sit their kids down and explain more.